We were invited to our old neighbours birthday party back in Cheshire a long time ago; the date finally arrived and our stay in Bollington proved to be special in many END_OF_DOCUMENT_TOKEN_TO_BE_REPLACED

The Chatsworth Sculptures are well worth seeing Kay and her mates had a fantastic day out at Chatsworth while I was wallowing around with man-flu. The Landscape of British Sculpture END_OF_DOCUMENT_TOKEN_TO_BE_REPLACED

Cat & Fiddle road + Porsch 964 = FUN #OneImageOneDayOneLife To be honest, if you were to ask me what I miss most about my old Porsche 964, it would END_OF_DOCUMENT_TOKEN_TO_BE_REPLACED

Bollington. This is where we lived for the last sixteen years, a fantastic town in East Cheshire, set 20 miles south of Manchester, near Macclesfield, but not really near anywhere; a END_OF_DOCUMENT_TOKEN_TO_BE_REPLACED

For more pictures go to my flickr stream Here is a beautiful place in monochrome, some of the first photos taken on my Leica in May 2013; a nice walk with END_OF_DOCUMENT_TOKEN_TO_BE_REPLACED

Shutlingsloe, Cheshire Shutlingsloe is a hill we climb (walk up) on the first Sunday of every month in 2014, rain or shine …or it was, until we moved to Yorkshire! END_OF_DOCUMENT_TOKEN_TO_BE_REPLACED

...or it was, until we moved to Yorkshire!
According to Wikepedia...
Shutlingsloe is a hill near the village of Wildboarclough, in the east of the county of Cheshire. It stands to the south of Macclesfield Forest, on the edge of the Peak District and within the Peak District National Park.
A steep-sided hill with a distinctive profile, sometimes described as the 'Matterhorn of Cheshire', it is the third highest peak in the county (Shining Tor being the highest and Whetstone Ridge second highest) with an elevation of 506 m (1,660 ft), and commands excellent views over Cheshire. 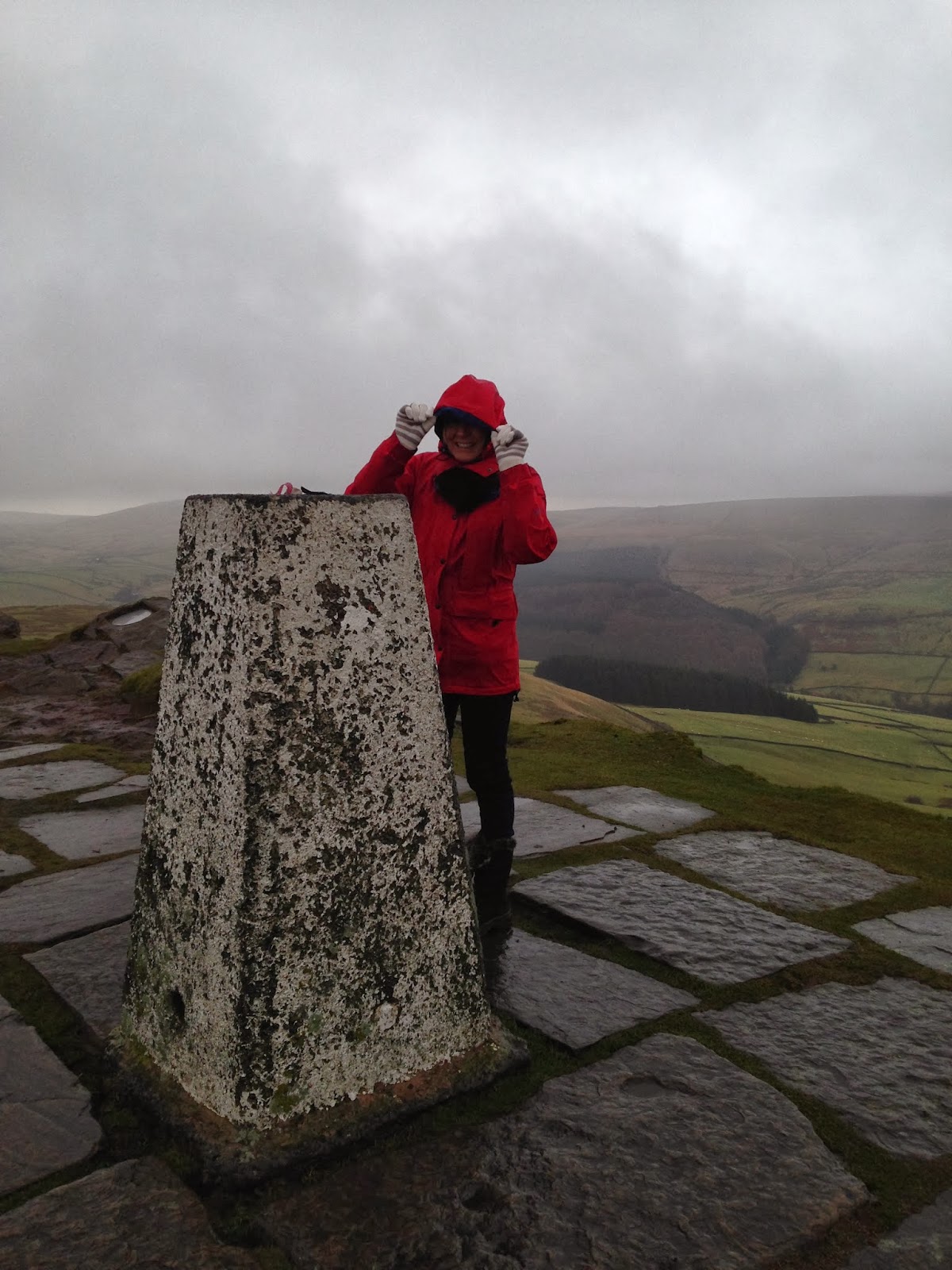 #1
5th January 2014 Freezing, wet and rainy iphone5 The name derives from old English 'Scyttel's hlaw' meaning 'Scyttel's (personal name) hill' and is one of several 'low' names in the Peak District, from the same Old English root that gives rise to the name "Law" for many hills in southern Scotland. 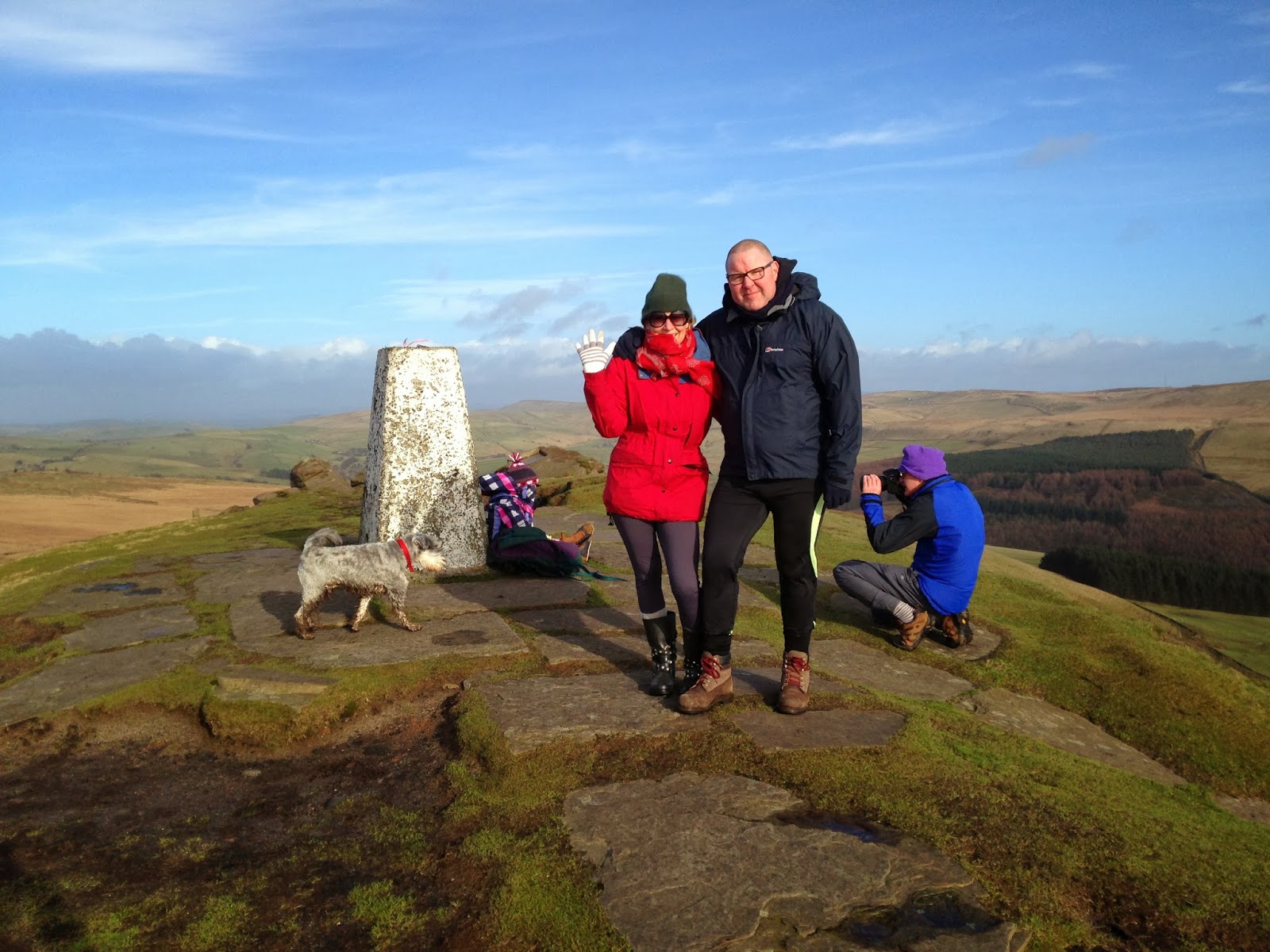 #2 Sunday 2nd February 2014
Sunny, cold and breezy
iphone5
#3 Saturday22nd February 2014 sunny and bright, up a little bit early this month with family beautiful as ever iphone5 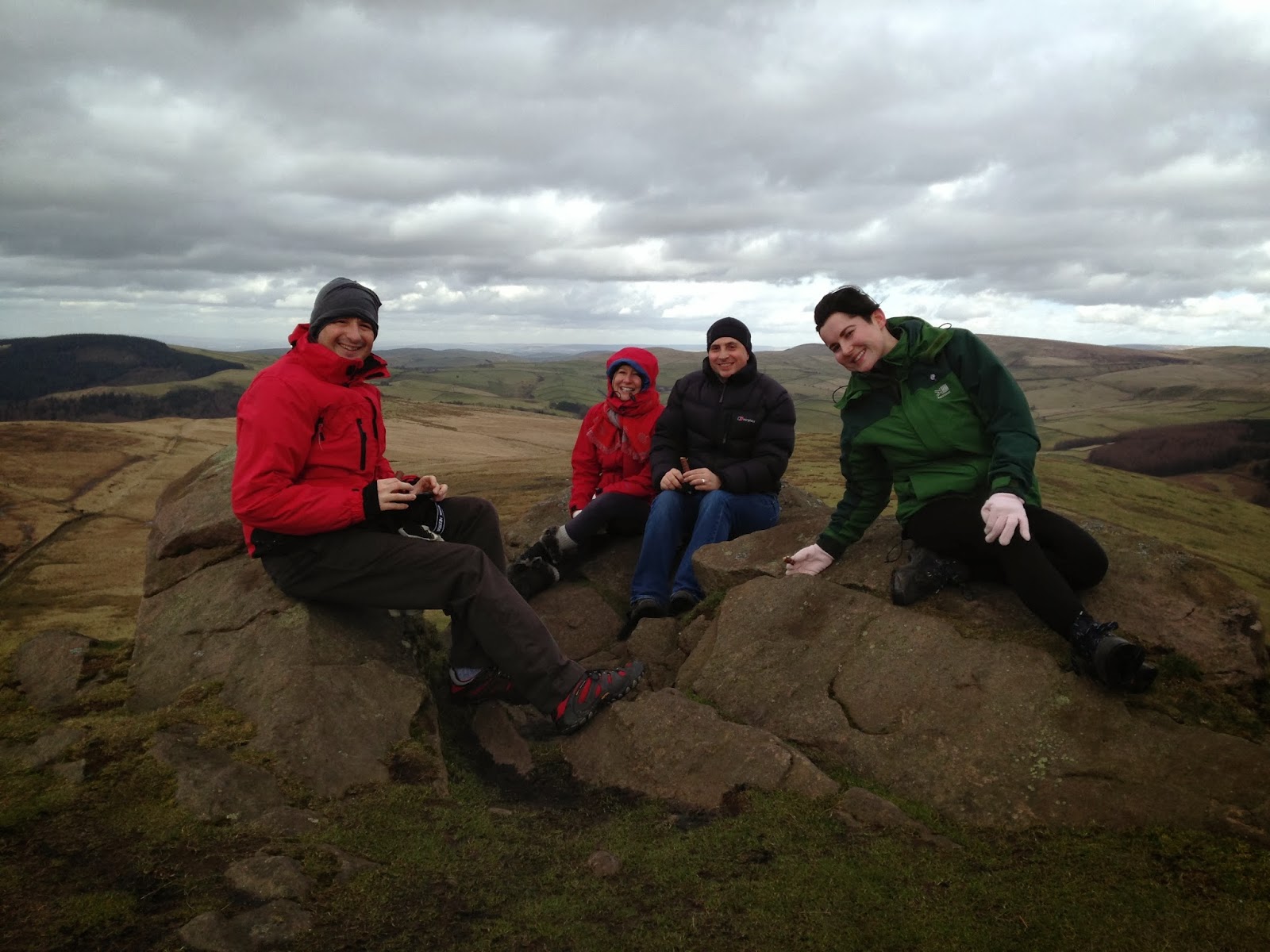 #4 Sunday 13th April 2014 sunny and bright, missed out in March, so made it up here for 4th visit of year on a windy Sunday, weekend before Easter. just the two of us, nice and quit! iphone5 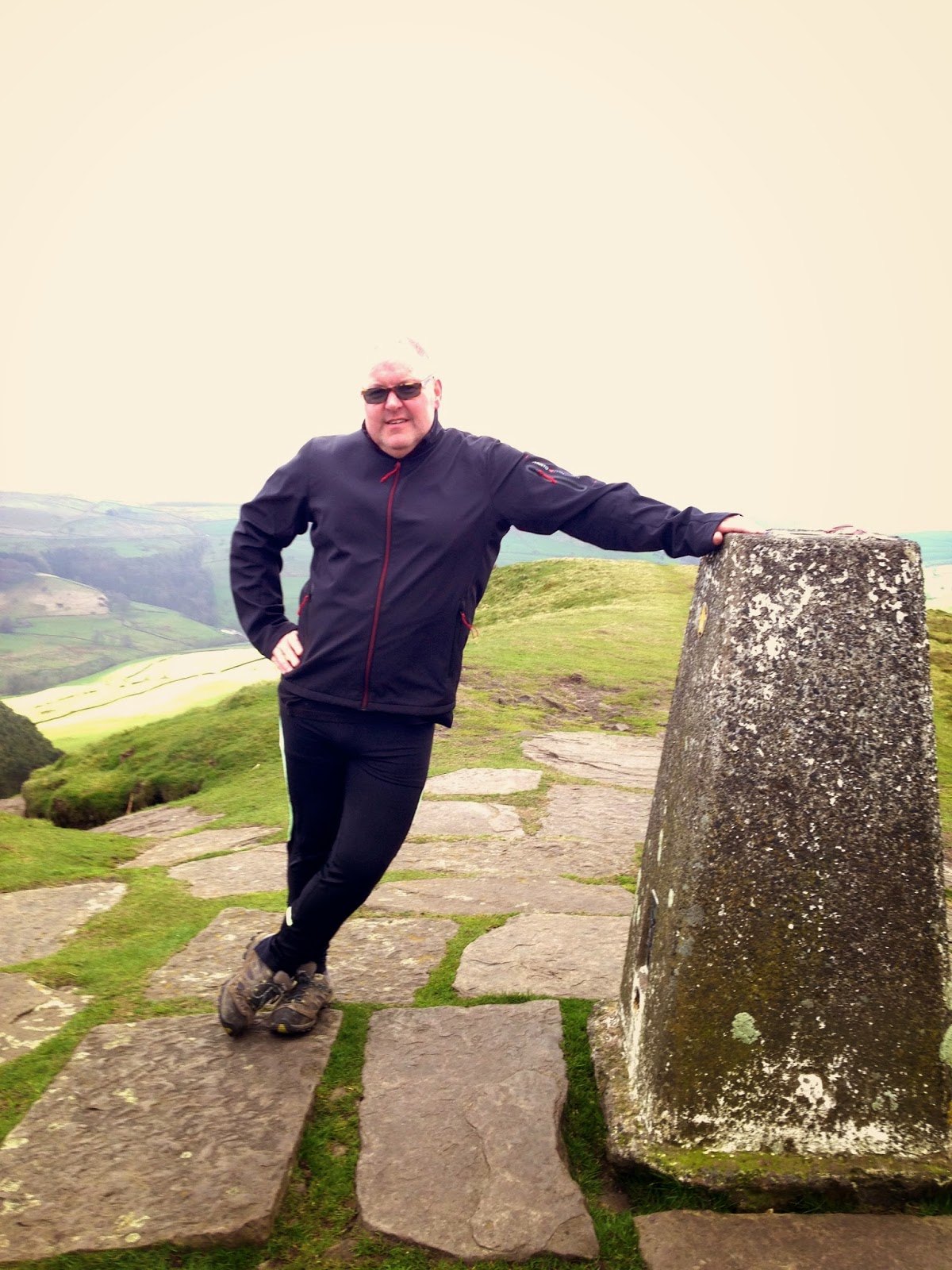 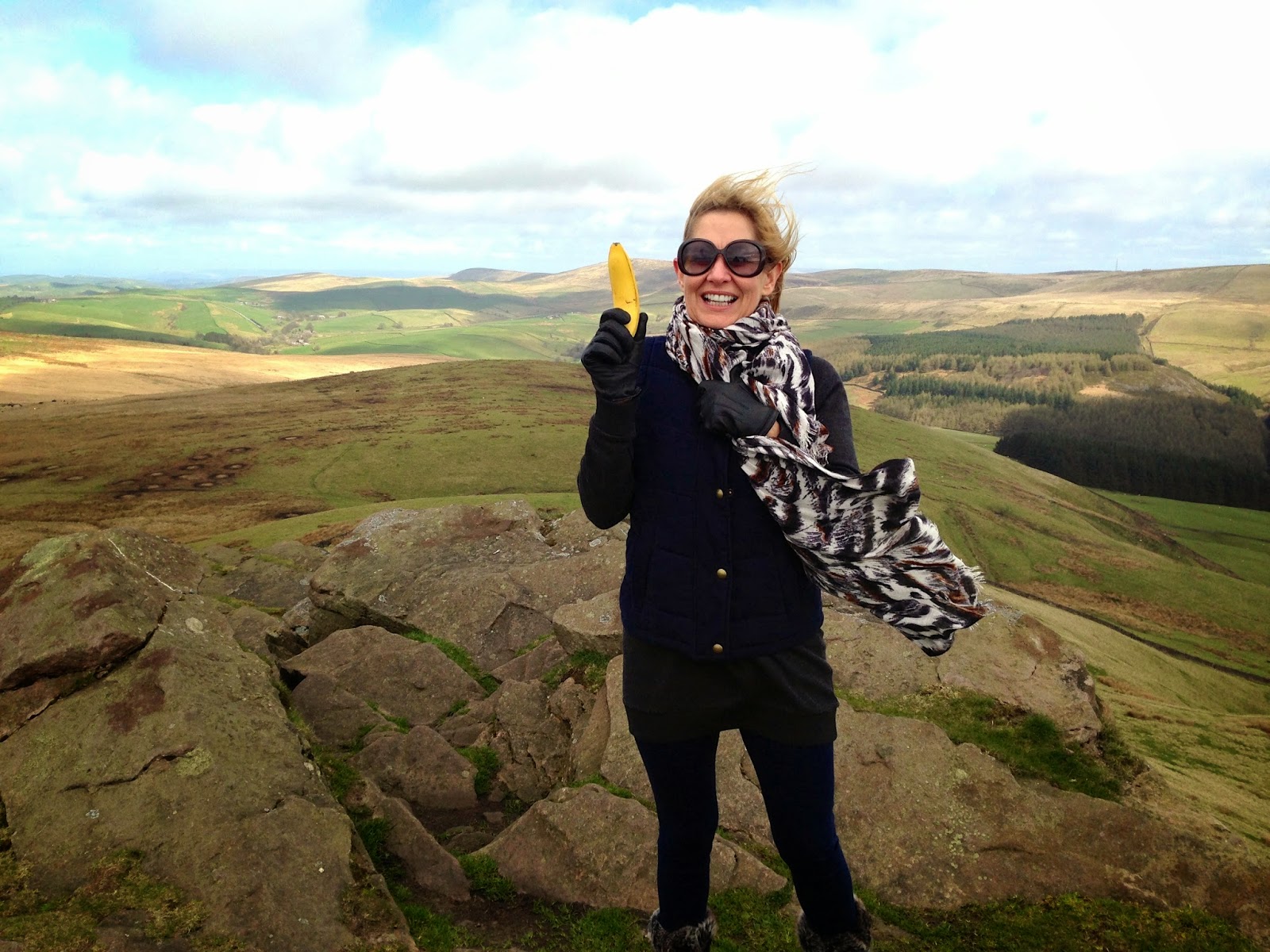 Sadly, the truth of it is, we have not been up there since the 13th of April.
A lot can happen in 7 months, indeed, it has - and we therefore need to find our new Shutlingsloe for 2015 and stick 100% to the task this time, I think we can do this; no more moving house, no more complicated weekends, no more living with a cat on my head.
we are all free to explore...